The Award for Best Cinematography goes to “Vienna. Congratulations to Ben Mallaby from England!

What the Judges Say

The cinematography is great and consistent and really brings out the acting and characters. Vienna and the couple are shown in the best light and from good angles. Great shots, you can tell they are well crafted with a vision behind the film.

A compilation of shots already captured for feature about a woman who is whisked away to Vienna by a stranger for a brief affair. The full film would flesh out their relationship, showing Delia’s current boyfriend and the rut she’s in. It would reveal how she was susceptible to Dereks advances and over the course of the day it would show Derek falling for her. Delia however, after the adrenaline wears off, realises that this man scares her a bit and becomes nervous for her safety, she realises though, after he opens up, that he is actually just a lost man recovering from a painful breakup with impulsive behaviour. She realises that while exciting, the trip was a mistake and returns to her boyfriend.Ben Mallaby 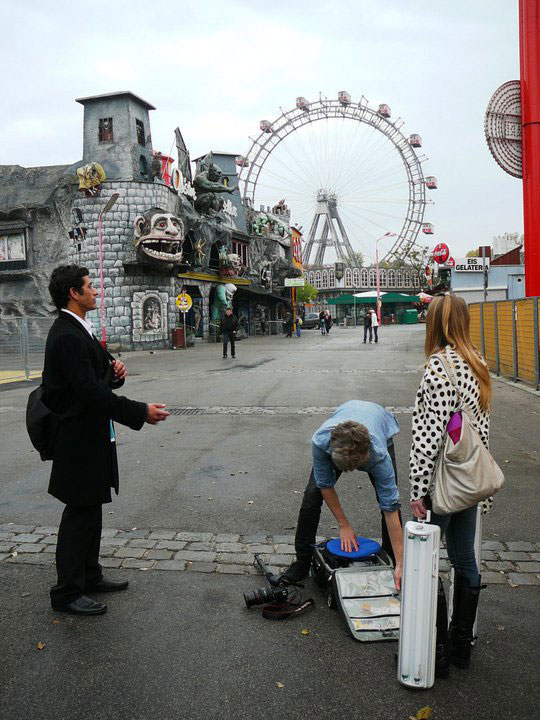